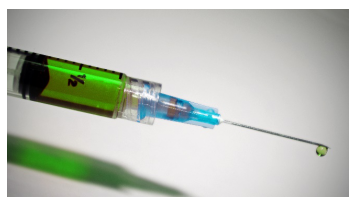 CD Bioparticles is a leading manufacturer and supplier of various drug delivery products, including metal nanostructures, biomacromolecules, synthetic polymer and biopolymers and lipid system, for R&D and commercialization in a variety of application areas. We also have developed mature technology platforms for drug delivery, such as inorganic nanomaterials, biomacromolecules, polymeric and lipid system. In addition, we can offer a wide range of custom services including drug delivery nanoparticles formulation, bioparticles analysis and characterization, and drug targeting strategy. We are delicated to providing the most comprehensive list of products and fit-for-purpose custom analysis and synthesis services to academia as well as industrial researchers and assay developers all around the world. One of our focus areas is Intravenous (IV) delivery which is defined as the administration of pharmaceutically active agents into your vein to obtain local or systemic effects.

Intravenous (IV) delivery is an injection or infusion method of drug administration, which means drugs are sent directly into your vein using a needle or tube. The term "intravenous" actually refers to "into the vein". When doing IV administration, doctors or nurses will use a thin plastic tube, namely an IV catheter, to insert into your vein and thus multiple safe doses of medication could be given to you without poking you each time.

The direct IV route is usually used for administering a small volume of medicine, up to 20 ml, which is completed by manually pushing medicine into the patient's vein. When treating emergent concerns, drugs could be given by IV route intermittently. For direct IV route, drugs would be given very slowly and at least one minute is required. Because drugs are administered directly into the blood in the IV route, this would eliminate the process of drug absorption and breakdown. As a result, the level of active pharmaceutical ingredient (API) in both serum and vital organs (e.g. heart, brain, and kidneys) would be immediately elevated. Recovery from intravenously administered drugs is often more rapid than that from drugs delivered through the oral or intramuscular route. However, just as the rapid therapeutic effects, the adverse effects may also occur quickly in IV route.

In addition to the traditional IV injection, many novel methods have applied in this route, for example, the application of magnetic micro- and nanoparticles. The idea that magnetic micro- and nanoparticles act as therapeutic drug carriers to target specific sites in the body can be dated back to 1970s. Widder and other researchers developed cytotoxic drugs attached to magnetic micro- and nanoparticles and then delivered them into patients through IV or intraarterial injection. The drugs were guided and concentrated into the tumor sites due to the effect of high-gradient, external magnetic fields generated by rare earth permanent magnets. At the target sites in vivo, the magnetic carriers would experience physiological condition changes (such as pH, osmolality, or temperature) or an effect of enzyme. This procedure would induce the therapeutic agents being released and thus increased the absorption of the drug by the tumor cells. Recently, similar strategies have been used for the delivery of therapeutic genes to specific targets in vivo (Figure 1). 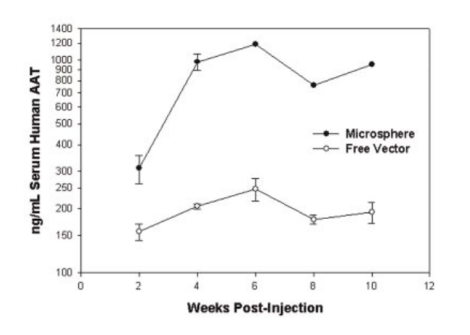 In theory, using magnetic particles or nanoparticles possesses some advantages for drug delivery via IV route. The primary advantage is that, nanoparticles can guide therapeutic agents to a specific site like a tumor, and enhance the drug absorption at the target site to obtain an effective treatment at lower doses, accompanying the reduced systemic distribution of cytotoxic compounds at the same time.

CD Bioparticles is specialized in the development of drug delivery systems and customizing nanoparticles for drug delivery utilizing our core technologies. With our high-quality products and services, the efficacy of your drug delivery can be tremendously improved.

We offer custom synthesis of polymer microspheres and nanoparticles. Clients may select the material type, particle size, size distribution, color dye, fluorescent dye, and/or surface functional groups such as carboxyl or amine groups. We also encapsulate proteins, steroids, ligands, nucleic acids, and other drug molecules. Additionally, the surface coating of microspheres or nanoparticles with ligands, oligonucleotides, and other agents are available for clients to choose.