CD Bioparticles is a leading manufacturer and supplier of various drug delivery products, including metal nanostructures, biomacromolecules, synthetic polymer and biopolymers and lipid system, for R&D and commercialization in a variety of application areas. We also have developed mature technology platforms for drug delivery, such as inorganic nanomaterials, biomacromolecules, polymeric and lipid system. In addition, we can offer a wide range of custom services including drug delivery nanoparticles formulation, bioparticles analysis and characterization, and drug targeting strategy. We are dedicated to providing the most comprehensive list of products and fit-for-purpose custom analysis and synthesis services to academia as well as industrial researchers and assay developers all around the world.

Polymeric nanoparticles (NPs) are most commonly used nano-delivery vehicles for neurological disease treatment due to their ability to cross the cellular tight junctions, bypass the blood-brain barrier (BBB), encapsulate higher drug content and release site-specific drug after being conjugated to ligands. The size of these polymeric NPs ranges from 10 nm to 1000nm and they possess the following advantages: controllable drug release pattern, higher bioavailability, flexible modification to achieve targeted delivery by attaching suitable ligands to their surface.

There is an increasing incidence of neurological diseases (e.g. Alzheimer's disease (AD), Parkinson's disease (PD), multiple sclerosis (MS), and primary brain tumors) among people, especially in the aging population. Since these diseases are of the central nervous system (CNS), BBB presents an impediment for their treatment and diagnosis. Only lipophilic molecules or molecules below 400-600 Da in weight can cross the BBB, which limits some potential therapeutic and diagnostic tools. As a result, to overcome the above issue caused by the BBB, nanobiotechnology, applying nanoscale objects (< 100 nm) to pharmaceutical and biomedical systems is attracting more interests due to its alterable properties of materials (e.g. nanocapsules, nanospheres, polymeric nanosuspensions, polymeric nanogels, polymeric nanomicelles and polymeric nanoliposomes) at that size. In particular, nanoparticle delivery systems could provide alternate ways for targeted drug delivery to the CNS and for new therapeutic applications. Moreover, since NPs are able to traverse the BBB, they offer potential opportunities for the diagnosis of CNS diseases at the early stage and for monitoring and detecting further disease progression.

NPs are applied as carrier systems to assist in targeting the CNS drug. Generally, there are two methods to conjugate a drug to an NP: 1) incorporate drugs during NP production; 2) incorporate drugs by surface adsorption onto the preformed NP. Drugs conjugated to NPs may escape from the degradation and phagocytosis of the reticuloendothelial system. In addition, these drugs possess a more sustained releasing pattern which means a slow release of drugs. There are several ways by which solutes move across the BBB and diffusion is one of them, which is a very simple passive process. In this way, drugs can be transported under the effect of the concentration gradient existing across the membranes or between the cells. The process of diffusion depends on size and lipophilicity of the solutes. The other way is carrier-mediated transport. In this way, drugs will be transported by active or passive processes. In eukaryotic cells, to selective uptake of macromolecules across the BBB is achieved by the receptor-mediated endocytosis and endogenous peptides are ideal for therapeutic delivery into neuronal cells through this process. For example, locked nucleic acids (LNAs) conjugated with NPs are of potential significance because they enhance the delivery of NPs and display a therapeutic effectiveness (Figure 1). 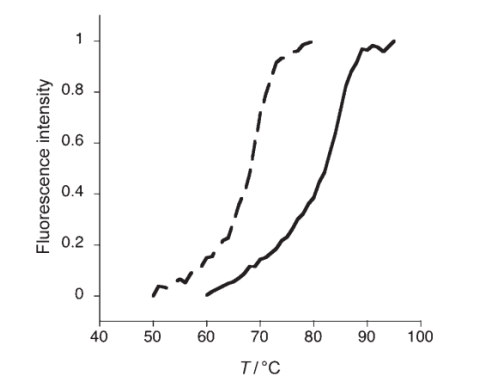 However, to be effective after NP drug delivery to the CNS, the issue of nonspecific binding must be surmounted. Researchers usually functionalize the NPs by surface modification and conjugation with transporters of the BBB to solve this problem. Vascular endothelial growth factor, epidermal growth factor, insulin-like growth factor, insulin, albumin, transferrin, and lactoferrin (Lf) are commonly used to conjugate with NPs to improve targeting across BBB. For example, Hu, et al. found that NPs conjugated with Lf were with greater BBB absorption than unconjugated NPs due to the presence of the Lf receptor on the surface of the BBB (Table 1).

Table 1. Pharmacokinetic parameters of coumarin-6 in brain and whole blood following injection of coumarin-6 loaded NP or Lf–NP in mice.

In addition to the above advantages, there are still several challenges when developing general and NPs-based drugs for neurological diseases:

CD Bioparticles is specialized in the development of drug delivery systems and customizing nanocarriers for drug delivery utilizing our core technologies. With our high-quality products and services, the efficacy of your drug delivery can be tremendously improved.

We offer custom synthesis of polymer microspheres and nanoparticles for neurological disease treatment. Clients may select the material type, particle size, size distribution, color dye, fluorescent dye, and/or surface functional groups such as carboxyl or amine groups. We enable you to make wise decisions on all components of the antibody-drug conjugate (ADC) structure so that the optimal candidate is identified for your target of interest in terms of stability, off-target toxicity, and efficacy. Besides, methodologies developed to produce the ADC are simple, scalable and reproducible and ultimately suitable for large-scale manufacture.