Cyclodextrins (CDs) are the general term for a series of cyclic oligosaccharides linked by α-1,4 glycosidic bonds. It is produced by amylose under the action of cyclodextrin glucosyltransferase (Bacillus), usually Contains 6-12 D-glucopyranose units.

As an important excipient in modern pharmaceutical preparations, CDs have the advantages of simple preparation, low price, and easy inclusion. However, due to the single structure of natural cyclodextrin, the application of CDs in pharmacy is limited. At present, the widely used cyclodextrins and their derivatives mainly include cyclodextrin ether derivatives, cyclodextrin ester derivatives, bridged cyclodextrins, cyclodextrin cross-linked polymers, cyclodextrins linked to macromolecules, and modified cyclodextrin with embedded functional groups, etc.. Through the study of the structure of cyclodextrin, it is found that the inside of the cyclodextrin molecule is a three-dimensional hydrophobic cavity, while the outside is hydrophilic, which is a water-soluble complex. At the same time, the hydrophobic inner cavity of CDs can contain drugs and can transport drugs in the body, so they are also considered as "universal molecular containers." In recent years, in order to solve the problem of drug formulation design and safety and effectiveness caused by insufficient solubility, stability, bioavailability, etc. of drugs, researchers have made drugs and cyclodextrins into inclusion compounds, solid dispersions, nanoparticles, etc. The drug delivery system broadens the application of cyclodextrin and its derivatives in pharmacy.

The core of the drug controlled release system is to make the drug delivery and release process controllable, that is, the distribution, release mode, release time and dose of the drug in the cell are controllable, so that the drug can be enriched in the diseased area. Reduce toxic side effects on normal cells. To achieve the above objectives, the key lies in the preparation of drug delivery carriers. At present, there are two main types of drug delivery systems based on cyclodextrin supramolecular polymers: One is through physical embedding, such as using the hydrophobic cavities of supramolecular polymer assemblies (micelles, vesicles, etc.) to include hydrophobic Drug molecules, such as doxorubicin (DOX), camptothecin (CPT), paclitaxel (PTX), etc.; the other is to connect drug molecules by covalent chemical bonds to prepare prodrugs, and then use host-guest package cooperation Use the introduction vector. Therefore, supramolecular polymer self-assembly is prepared, and hydrophobic anti-cancer drugs are formed by the above-mentioned method. After the carrier system uses the EPR effect to enter the tumor tissue, the drug can be slowly released, or the drug can be controlled release under the internal environment of the tumor. 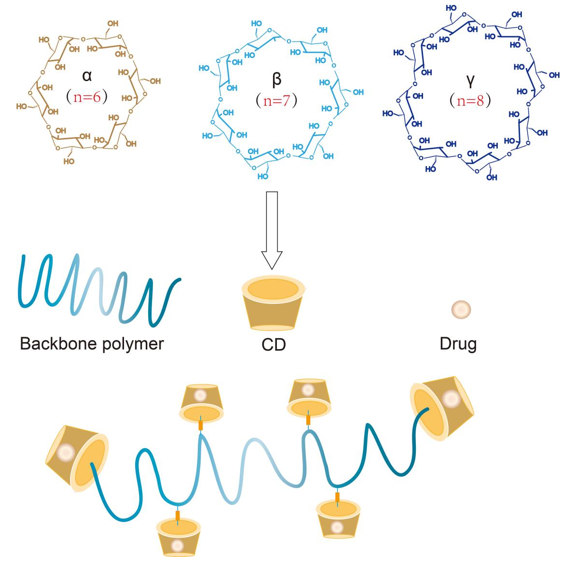 Figure 1. The application of Cyclodextrin in the field of drug delivery.

Researcher used the host-guest inclusion effect of β-cyclodextrin and azobenzene to prepare "breathable" hollow nanospheres and contained the drug DOX, and introduced a temperature-sensitive polymer poly N-isopropylacrylamide , So that the hollow nanosphere has a temperature-controlled "breathing" characteristic, thereby achieving a controlled release of DOX. Zhang et al. prepared light-responsive hollow microcapsules by layer-by-layer self-assembly technology using the host-guest effects of α-cyclodextrin and azobenzene. Under ultraviolet light irradiation, azobenzene and α-cyclodextrin de-inclusion, the host-guest interaction between the model drug and the microcapsule is destroyed, the microcapsule is disintegrated, and the drug is released. The host-guest inclusion interaction based on cyclodextrin can also prepare branched supramolecular polymers with multiple stimulus responsiveness and improve the controllability of their structure, while exhibiting more excellent properties, such as better solubility and lower The viscosity of the solution. Therefore, it as a carrier to transport drugs has a better effect. Yuan et al. reported about star polymer 4-arm-polyε-caprolactone-β-cyclodextrin (4A PCL-CD) and polyethylene glycol modified ferrocene (PEG-Fc) linear polymer , The two form supramolecular polymers through host-guest inclusion interaction and self-assemble into micelles, which then encapsulate drugs. When encountering an oxidizing environment, cyclodextrin and ferrocene are de-encapsulated, and micelles are de-assembled to achieve drug release in response to external stimuli. Fan et al. accurately grafted β-cyclodextrin onto the junctions of block polymers, and further combined with azobenzene-terminated polyethylene glycol monomethyl ether to construct a branched supramolecular polymer SBCP through host-guest recognition. SBCP self-assembles in solution to form vesicles. After ultraviolet light irradiation, the cavities of azobenzene and cyclodextrin are de-encapsulated, and the vesicles dissociate to form nanoparticles. After being irradiated with visible light, vesicles are formed again. This process can be repeated many times. Therefore, the vesicle is used to encapsulate the drug DOX, which can realize the "on-off" controlled release of DOX under ultraviolet-visible light irradiation.