Dendrimers are spherical single-molecule nanostructures composed of cores, dendritic segments, functionalized end groups, etc., with very uniform molecular weight and a large number of pores inside. Due to its unique spherical branched structure, dendrimers have the unique advantages of low viscosity and high reactivity. Utilizing the reactivity of the end groups of the dendrimer or the embedding properties of its internal pores to form a functional molecular slow-release carrier or gene transfection carrier, it can improve the application effect of the dendrimer in wound care and tissue repair. 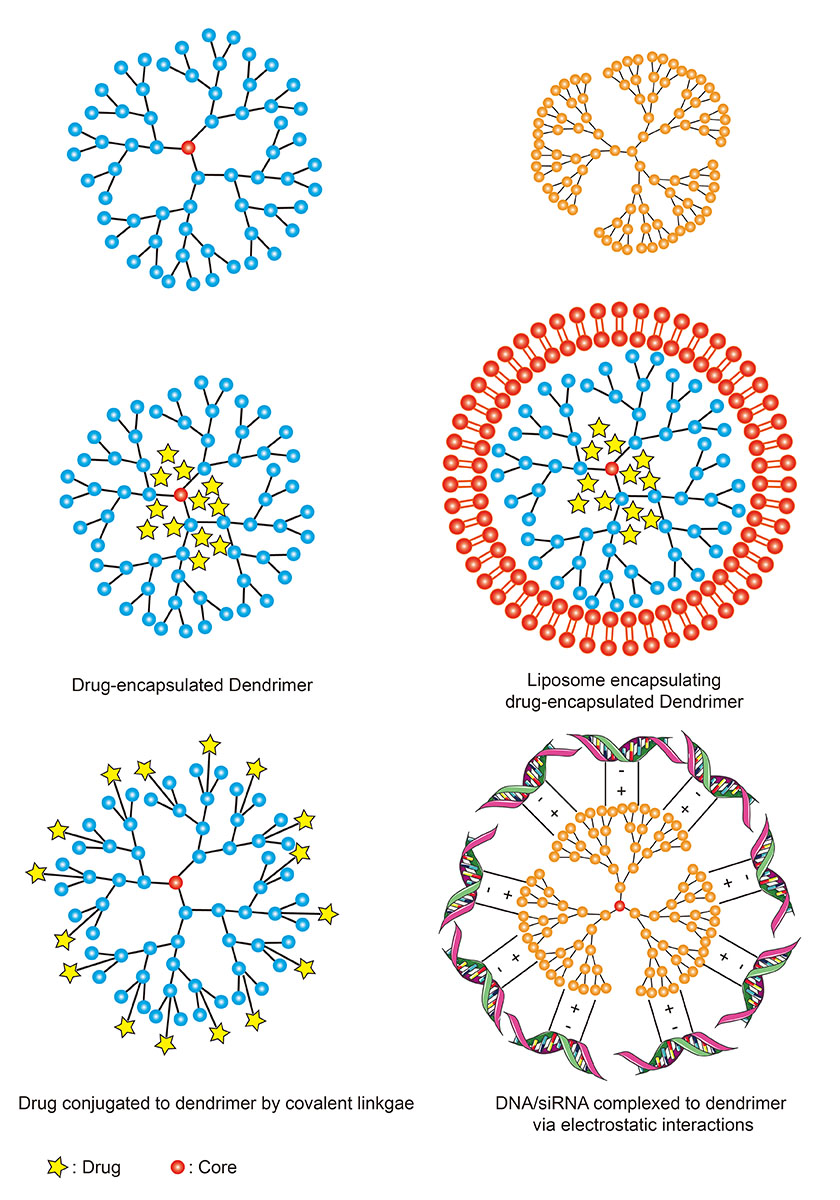 Figure 1. The structure of drug-encapsulated dendrimers.

At the molecular level, dendritic branching leads to hemispherical to spherical structures, mainly with high-density functional groups and small molecular "volumes" on the surface. A typical dendrimer is composed of three different topological parts: (a) a central core, which is either a single atom or a group of atoms with at least two identical chemical functions; (b) has multiple repeating units (C) Multiple peripheral functional groups, usually located outside the macromolecule, play a key role in its properties. The first part, the focal core, encapsulates a variety of chemical substances, and exhibits unparalleled characteristics due to the special nano-environment surrounded by extensive dendritic branches. In the second part, various inner layers composed of repeating units provide a flexible space in the interstices of the dendritic structural units, which can encapsulate various small guest molecules. Finally, the third part of the dendrimer is a multivalent surface, which can accommodate a large number of functions that can interact with the external environment, thereby defining the macroscopic properties of the dendrimer.

The three-dimensional structure of dendrimers gives them a variety of unique properties, such as nano-spherical shape, well-defined peripheral functional groups, internal hydrophobic or hydrophilic cavities, and extremely low polydispersity, so they have a wide range of applications. For example, most dendrimers have a spherical structure with a molecular diameter of less than 10 nm, which can be adjusted by the production of different dendrimers. This property makes dendrimers similar in size and shape to specific proteins and other biomolecules, making them perfect bionics. In addition, the dendritic polymer instills a highly regular branch pattern. These dendritic structures and well-defined numbers of peripheral functional groups provide opportunities for the presence of drug molecules, targeting moieties, and solubilizing groups on the surface. In addition, the hydrophobic and hydrophilic cavities in the interior of dendrimers make them useful candidates as single-molecule encapsulated micelles for guest molecules, especially drugs. Finally, the low polydispersity of dendrimers ensures the reproducibility of the biodistribution of polymer prodrugs using them as scaffolds.

In the past ten years, these dendrimers have proven to be promising for various drugs, including anti-inflammatory, antimicrobial nanocarriers, and anti-tumor drugs in different administration routes; however, dendrimers as prodrugs stentsis particularly interesting.

Proteins are amphiphilic molecules, which use macromolecular scaffolds to control the presentation of their surface functional groups. In view of the versatility of proteins as functional materials in biological systems, it is necessary to understand and develop methods to control the presentation of functional groups in synthetic amphiphilic macromolecules. Recently, polymer stents have been used to achieve biomimetic functions. It should be noted that dendrimers are the only type of artificial macromolecules that are excellent choices for protein biomimetics due to their high molecular weight and branched structure.

Dendrimers that mimic the surface structure of proteins involved in the inhibition of angiogenesis have been developed for use in anti-tumor systems. Angiogenesis is an important process of tumor growth. It is initiated by angiogenic factors, such as vascular endothelial growth factor (VEGF) and basic fibroblast growth factor (b-FGF). These growth factors bind to receptors on endothelial cells and rely on heparin or heparan sulfate proteoglycan (HSPG) in the extracellular matrix (ECM).

Collagen is the basic component of extracellular matrix. The tissues of vertebrates are built on the extracellular matrix, which accounts for about one-third of animal protein. It is an important part of connective tissues such as bone, cartilage, skin and tendons, and its high tensile strength is due to its triple helix structure. Collagen obtained from human cadavers and bovine sources can induce disease transmission and allergic reactions. Therefore, it is necessary to develop synthetic and artificial materials similar to collagen. In this sense, researchers are based on the core structure of trimellitic acid (TMA) and the collagen based tris-based scaffold to simulate the synthesis of dendrimers. The Gly-Pro-Nleu and Gly-Nleu-Pro sequences are used to synthesize collagen mimicking dendrimers.

Oral administration is the most ideal way for polymer drug carriers, and it has been used for the administration of many drugs. However, the oral bioavailability of polymeric drug carriers is usually limited by their large size and molecular weight. Therefore, changes in the mechanism and net permeability of polymer drug carriers are due to differences in their structural characteristics, such as hydrodynamic volume, molecular weight, molecular geometry, and charge. As a drug delivery carrier, dendrimers have attracted much attention due to their highly controllable structure and size, and compared with other polymers, the terminal functional groups of dendrimers show higher chemical reactivity. The functional groups of dendrimers have been combined with various biologically active molecules. In this regard, PAMAM dendrimers have been extensively studied for oral drug delivery due to their unique water-soluble polymer dendrimer characteristics. Its potential as a drug carrier stems from the large number of arm and surface amine groups that can be used to immobilize drugs, enzymes, antibodies, or other biologically active agents. Studies have found that dendrimer prodrugs can be used to increase drug solubility and bypass drug efflux transporters, thereby increasing drug bioavailability.

Dendrimers have been used to carry a variety of small molecule drugs. These molecules have many advantages as carriers or scaffolds for diagnosis and treatment. For example, the amphiphilic nature and lumen of the dendrimer can be used to encapsulate hydrophobic or hydrophilic drugs, depending on the composition of the dendrimer. In addition, dendrimers are single-molecule polymer micelles, and this feature avoids the instability of pharmaceutical formulations using traditional amphiphilic polymers. On the other hand, the linear correlation of the generation size of dendrimers means that they can be selected to fit a specific biomedical application. For example, medium-sized dendrimers of approximately 5 nm are used as MRI contrast agents in the diagnosis of the lymphatic system. The highly branched and multivalent nature of dendrimers makes them ideal candidates for tissue engineering applications. They are used as cross-linking agents, surface charge and surface chemistry modifiers, and as the main component in scaffolds that mimic natural extracellular matrix.

Vaccination has proven to be a very cost-effective way to control infectious diseases caused by microbial pathogens, and since Jenner pioneered the vaccinia virus (vaccinia virus) as the first reliable vaccine in the late 18th century, vaccines Vaccination is widely known in its modern form. Subsequently, on the basis of attenuating or killing microorganisms or their toxins, many other successful vaccines were developed based on experience. Even so, there are still a large number of infectious diseases worldwide (malaria, tuberculosis, and bacterial and viral diarrhea are the most common). Such diseases are usually caused by complex pathogens and require more reasonable vaccine design methods.

Therefore, there is an increasing need for a new generation of vaccines against these infectious diseases. With more understanding of the role of immune system molecules, there is now a unique possibility to use well-defined chemical methods to create new vaccines of the best quality. Dendrimers have the best properties to meet the demand for effective immunostimulatory compounds (adjuvants) that can improve vaccine efficiency. In addition, dendrimers can provide molecularly defined multivalent scaffolds to produce highly defined conjugates with small molecule immunostimulants and/or antigens. These molecules are ideal carriers for small antigens. Multimeric antigen conjugates with well-defined molecular properties can be prepared for human use, and they will not cause host adverse reactions, including immune and/or inflammatory reactions.